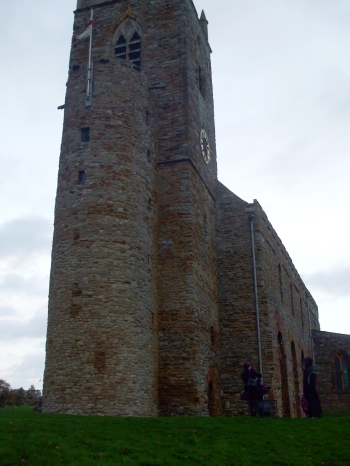 Perspective was a pain here. The churchyard seems big enough till you find yourself at its edge still crowding out the viewfinder. Note the staircase on the outer side of the tower, an eleventh-century piece of high-class bodging.

On Saturday 2nd November last year, for reasons that will probably be obvious to Anglo-Saxonists—in fact if you’re a UK-based Anglo-Saxonist you probably saw me there—I was at Brixworth in Northamptonshire, where people were generally gathered from across the field for that year’s Brixworth Lecture. I’ll talk about that in a couple of posts but, since I had not been there before and All Saints Brixworth is an honest-to-goodness Anglo-Saxon church, now reckoned built c. 800, albeit modified a bit since, and no slouch of one either, I took some photographs. The light was failing and the day was grey, so they’re not the best, but some of what makes it special still gets through I think. 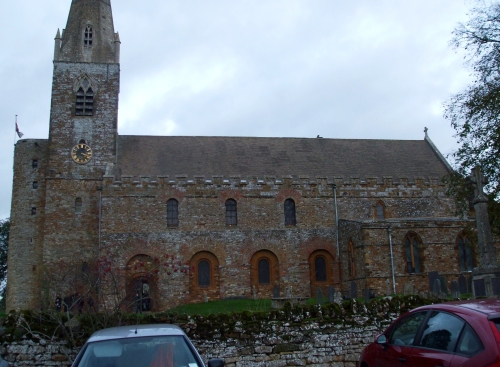 Even if you can’t see the whole building in any given photo, you can still see the peculiar fabric and design, especially around the windows, that make it, well, English really (not a word I usually use very comfortably).

The churchyard is actually very sparsely occupied, or at least, sparsely marked as such. I suppose, in fact, that given how long it’s been in use there must be a lot more bodies gone into this ground than are currently evident. Of course, it’s a shame to mock the dead, but nonetheless this modern headstone did raise a smirk.

Eventually, of course, we had to go in, for reasons of the actual lecture, but also because it was far from warm outside. 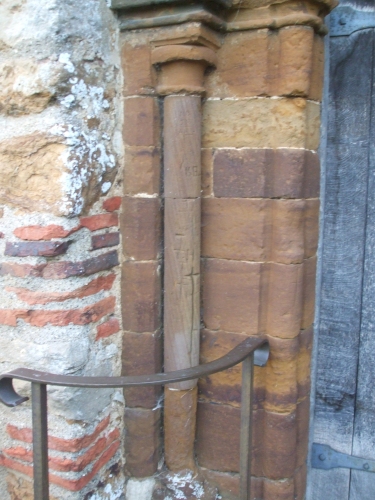 We were intrigued for a while by the markings around the doorway, before being gently bustled aside by the crowd. Masons’ marks? Tramp-marks? Pilgrims’ carvings? What when why, and so on… 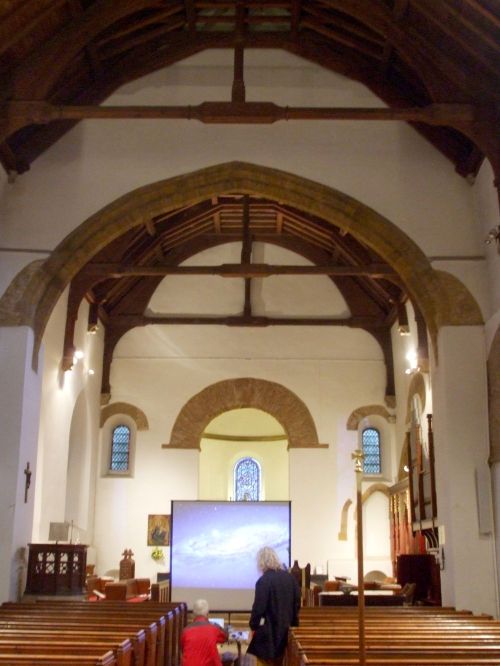 Inside, set up for the lecture. The projection screen is not an original feature. 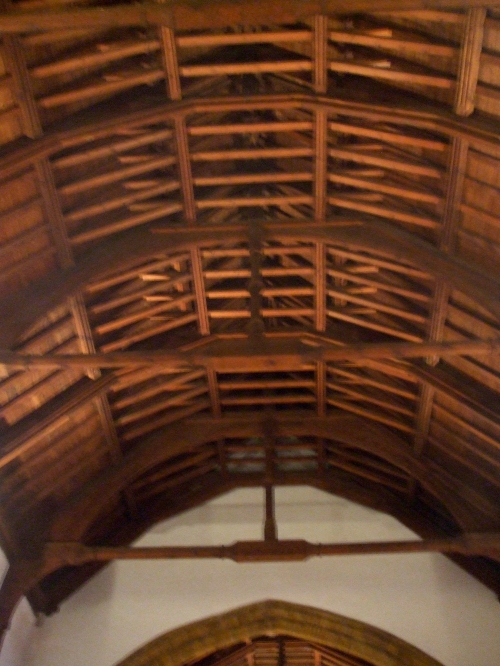 This is what I call woodwork, but sadly not so much focus, sorry

And by the time we were outside again, they’d put the floodlights on, and pretty fine it looked too.

This is my flash as well as their floods but I’m still pleased with it; in the dark it’s made to be photographed.

This entry was posted in Anglo-Saxons, archaeology and tagged All Saints Brixworth, Brixworth Lecture, Medieval tourism pictures. Bookmark the permalink.