If Dr No can think then, dammit, so can I

Dr No at Acadamnit had a moment of blogular navel-gazing a short while back and encouraged others to join in, and being as I rather enjoy Acadamnit and also have something of a shortage of material just now, I figured I’d bite and do some trumpeting of this blog’s dubious moments of glory. Not least, I thought I owed Dr No some kind of penance for not realising the above image was their own work. So then, the categories.

So there you have it. Now, this may look to you like a meme, but it is not, because there was no tagging involved; I just volunteered out of vanity. I wouldn’t want to stop anyone else picking up the idea but there is absolutely no obligation implied by this post. OK? Though I do have one obligation left to discharge: in the comment where I promised Dr No a response, I also promised them an image, an image which struck me on seeing its source as the perfect summary of their blog: so here it is. If you click through you will doubtless see what I mean… 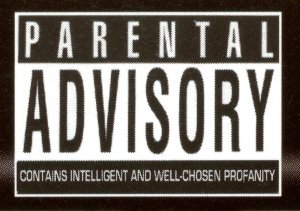 I don’t usually mention job rejections here, because why would I? Everybody in my position gets them but I don’t want prospective employers to know that this also applies to me. However, since once before a really nice rejection got mentioned because of its quality, it seems only fair, and also fun, to note the opposite.

This is a familiar phrase, I’m sure: “It may sound like a cliché, but in this case it was true, that we were faced with an unusually large number (over 120) of exceptionally strong candidates.” Firstly, it sounds like a cliché because fields this large are not exceptional any more, and it bothers me that selection panels can’t get their heads round this. I have heard this surprise a lot these last few years and it’s not surprising me as much as the people I’m applying to, apparently. That’s the genuine reflection on the state of the discipline out of the way, now for the snark.

Dear writer of this letter: it would sound less like a cliché if you hadn’t put this in an e-mail attachment whose filename was ‘Letter to applicants-210509.doc’. That’s the electronic equivalent of sending me the bug letter instruction really, isn’t it. And it would look an awful lot less like a cliché if the address and signature had not been set in Lucida Handwriting. I mean, firstly, having just the top and tail done in a script makes it look like what you wanted was the effect of a form letter finished off by hand to start with. And secondly, it’s Lucida Handwriting for heavens’ sake. Don’t you people read Acadamnit?

Still, at least they somehow sent something. That’s more than we often get. For cost reasons, they tell us, and this is often the same institutions that send you acknowledgement of your actual application, had you noticed? On the other hand on the day I post this I got a further rejection for a post I’d given up on long ago, and they sent three separate copies of that one. No expense spared! Gee thanks.

So the obvious and positive conclusion is undoubtedly a new slogan for my jobhunt: “you have to be quite careless not to give me a job!”