Moving forward definitively at last into 2019 in my backlog, in February of that year I was mainly reading Wendy Davies‘s then relatively new book Windows on Justice in Northern Iberia 800–1000. I got two posts out of this, but it turns out on reviewing the drafts now that the first one I had kind of already written in two places. Therefore, here is just the second one, on the second part of the book, which is substantially about scribes and what they knew, especially in terms of formulae. It is great, obviously, because Wendy Davies. But there is one conclusion she has that stuck out at me and now that I look at it I have objections, but I also have examples that may mean I have to swallow those objections. Tricky, huh? So I invite you to read on… 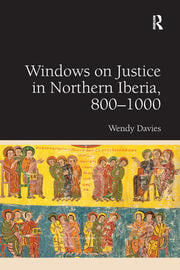 Wendy starts by categorising her documentary sample, and while I suspect she goes too far with this—I always suspect this with efforts of categorisation, I guess—there is a distinctive category she sets apart, which is big documents that narrate a judicial dispute and then have the outcome confirmed by important people.1 This is, she thinks, basically a monastic habit (um, as it were; I don’t appear to have meant the pun when I drafted this) and with her favourite example it’s clear firstly that other documents from earlier in the process were used (and reported slightly differently each time they were used), and secondly that there were several distinct episodes of confirmation some years apart, as if San Vicente de Oviedo‘s monks had a ceremony every now and then when the king was hosted at their place and got him to sign things (or, I suppose, when they solemnly trooped to the palace chanting and got him to do so, or whatever).2 There are a few documents in my sample with extra, later, confirmations on so I can imagine that happening in my world too.3

However, the bit that I baulked at was towards the end where she suggests that these documents required special knowledge to write, and that unlike the average sale or dispute document, whose structures the local priest of wherever knew and could write you more or less as per standard—and Wendy’s sense of the variations in that standard is acute and fascinating4—these ones have language in that would have been the preserve of only a few highly-educated clerics.5 Something socialist in me doesn’t like that; I think a number of local priests came from cathedral chapters and might have been as highly trained as the next man, but they didn’t get to write one of these big things every day, or possibly at all unless they happened to work for a monastery. The hearing over the abbacy of Sant Benet de Bages that I wrote about years ago might even be an example of someone we otherwise think was a local priest finding himself in that context and having to step up to the formulaic plate.6 But then I thought back and remembered my best example of such a document from Catalonia, which is of course the Sant Joan de Ripoll hearing of 913.7

Now I’ve written a lot about this document here and elsewhere and I won’t trouble you with it all again, but thre are several things about this huge hearing that gel with Wendy’s analysis here. Firstly, it’s a substantially fictive narrative designed to represent only one side of a dispute.8 Secondly, it is confirmed or at least witnessed anew on two occasions at least, though not by anyone much as far as I could discern; Sant Joan seems quickly to have lacked powerful supporters in its area.9 But thirdly, I have repeatedly observed that its scribe, one Garsies, is not attested anywhere else ever. I have in the past suggested that that was because he was needed to mobilise or silence the otherwise scarcely visible community of old settlers who predated Sant Joan’s tenure of the area under dispute.10 I sort of picture him as being in charge of some crumbling church from long before far out in the wilds, or possibly I suppose even at Santa Leocàdia in Vic, the once-and-by-then-replaced cathedral, in general being an older authority not necessarily well integrated into the new church structure, and that because of this he was who was needed to write this document, as a person everybody could accept would be trustworthy.11 The other possibility I’ve never been able to rule out, of course, is that he was a scribe of Count Sunyer who came along for the day, but I’ll ignore that for now. Wendy now opens up a third possibility, which is that he was just called upon because he had some sense how this should be done that other less experienced or learned priests might not have had. We don’t have another such document, at least not for twenty years or so not very close by, so we don’t see Garsies again. She could be right. In which case I don’t have as many frontiersmen, but I wonder where on earth he would have learnt this stuff? Santa Leocàdia might just still be the answer, but I will have to rethink…12

3. Eduard Junyent i Subirà (ed.), Diplomatari de la Catedral de Vic: segles IX-X, Documents 1 (Vic 1980-1996), 5 fascs, doc. no. 594, also printed as Ramon Ordeig i Mata (ed.), Catalunya carolíngia Volum IV: Els comtats d’Osona i Manresa, Memòries de la Secció Històrico-Arqueològica 53 (Barcelona 1999), 3 vols, doc. no. 1712, actually tells us that this happened to it, which is nice but of course raises questions of which bits were written when. In some ways more interesting is Ordeig, Catalunya Carolíngia IV, doc. no. 995A, because there are two copies, the former of which was already witnessed by Count Borrell II but the later of which us confirmed additionally by Viscount Guadall II of Osona. More would not be hard to find.

4. Davies, Windows on Justice, pp. 95-120, which is kind of a kingdom-wide application of my technique in Jonathan Jarrett, “Comparing the Earliest Documentary Culture in Carolingian Catalonia” in Jarrett and Allan Scott McKinley (edd.), Problems and Possibilities of Early Medieval Charters, International Medieval Research 19 (Turnhout 2013), pp. 89–126, DOI:10.1484/M.IMR-EB.1.101679, which is rather flattering.

12. It is arguable, of course, that I should have maybe done that rethinking in the three years since writing this post. One thing that should have occurred to me then but didn’t, and does now, is that the possible link to Santa Leocàdia has the additional strength that by 913 the church was actually held by Sant Joan de Ripoll, having been granted to them in Ramon d’Abadal i de Vinyals (ed.), Catalunya carol&iacutelngia volum II: Els diplomes carolingis a Catalunya, Memòries de la Secció històrico-arqueològica 2 & 3 (Barcelona 1926-1952), repr. in facsimile as Memòries… 75 (Barcelona 2007), Sant Joan de les Abadesses I. So I might still think that the most plausible answer. An outside possibility might be that Garsies had come from some Andalusi intellectual centre such as Toledo which might be thought to have given him special knowledge of charters and the like; but if that were the case, I’d expect him to have been widely sought out as scribe, and in any case Toledo diplomatic wouldn’t necessarily have been what was wanted in Osona (see my “Comparing the Earliest Documentary Culture” as in n. 8 above). Maybe he just refused any lesser client than two counts, a viscount and an abbess, but still, I think more or less on-site but normally disregarded is a more plausible and interesting possibility…

4 responses to “Scribes who knew more”