In celebration of the life of Susan Reynolds

It has become all too frequent a thing, as I get older and those who have helped me along my career remain the same distance older than me, that I have to put aside whatever I had meant to post on a given blog day because news reaches me that somebody who deserves celebration or memorial has sadly died, and thus it is today. Susan Reynolds, whom I feel as if I’ve mentioned on this blog a hundred times, passed away on Thursday morning, with family and friends around her, I am told. (There don’t seem to be any obituaries up yet; I have to thank Fraser McNair and David Ganz for making sure I knew.) She was 92. I am very sad about this, because I enjoyed her work and indeed her company a lot and I know I’m not alone in this, but I’ve had a couple of goes at writing this as tidings of doom, and it just won’t write like that because everything I remember of her was basically uplifting and encouraging. So I blog not to mourn Susan but to celebrate her, and I hope that if you knew her you can do likewise. 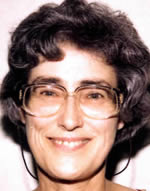 This seems to be the only photo of Susan on the Internet, and is probably from the 1980s? And more immediately it’s from the IHR website, linked through

I suppose that for most people, or rather for people who didn’t have the privilege of hanging around the Earlier Middle Ages Seminar at the Institute of Historical Research in London a while, Susan Reynolds is a name one knows primarily from her books, and especially Kingdoms and Communities in Medieval Europe and the almost-infamous Fiefs and Vassals.1 There were actually more than that, including two Variorum collections of essays and her last actual monograph, completed in 2014 when she was a mere 85, plus a plethora of useful and incisive chapters and articles I could cite, but those two books especially kept her on reading lists across the English-speaking world within quite a short space of their publication and will continue to do so for a while yet.2 That’s because there are few people who could deal as well as Susan did with all the difficulties of interpreting massed textual sources by people whose thoughtworlds were a millennium removed from our own and still extract some kind of synthesis about what they did and why, often over really quite a scale. So there’s all that, the kind of scholarly legacy we might all hope to leave but must know that few of us will, but if you know Susan’s name it’s because you know some or all of that already. What might not be so obvious, without having met her or talked to her, is quite how remarkable it was that any of that came to be, because Susan’s passage through the life academic was not by any means what would now pass for normal.

Now, I’m not going to recount her life here, partly because who am I to do that and so on, but mostly because she did it herself, in an interview for the IHR in 2008, and it’s online here. The sound file is gone from there, but happily, if ironically, the Internet Archive has preserved it where the IHR’s own archive pages have not, so there you can not just read it but hear it—and you don’t have a full impression of Susan unless you know how she talked. So I very much recommend giving that a listen. But, either in text or in sound, gather in the first fifteen minutes or so, in which she laid out her scholarly biography, because it’s sort of amazing, for at least these reasons:

It’s easy to say to all that, well, things were different then (and she repeatedly stressed those differences in the interview), but that makes it sound as her work also dates from some distant era, whereas actually, Fiefs and Vassals came out when I was an undergraduate; Kingdoms and Communities went into its second edition just as I finished being an undergraduate; and her last book came out when I was working in Birmingham. And this was a retiree, turning out work that overthrew or updated whole subfields in ways that young ambitious scholars would have suffered greatly to achieve. In her sixties into seventies, in other words, Susan Reynolds became a whole new big thing in the field. If anyone’s life demonstrates that it’s never too late, surely this is it.

Now of course, she was an ageing lady by then and, as that interview shows, deeply conscious of having once been brighter and faster and being able to remember more. I had a couple of conversations with her where she lamented this, while I wished I were half as sharp even then. She had a reputation among attendees of the IHR seminar as a fierce questioner, and certainly she would pin anyone down on matters of what the terms used in medieval sources really meant—one of her hobby-horses, definitely, though again, the interview is very good in explaining why it matters—but I don’t think I ever saw her kick downwards, beyond that injunction to think about words. The impression I formed was that she didn’t think it was fair to attack anyone her junior, and of course by the time I knew her there weren’t many people who weren’t… The two people I saw get the full force of her critique, in fact, were John Gillingham, in person, and Rees Davies in print, and it is to be noted that she singled both of them out, in that interview, for praise as brilliant scholars; so I think she just felt that they should have known better…3

Certainly, what I mainly remember Susan for is interest and kindness. Quite early on we bonded somewhat over being the only two people in England whom each other knew to have thought about what the people called Hispani in the legislation of the Carolingian rulers actually were, in terms of status; but I used to make a point of chatting with Susan whenever I was in the IHR and saw her, partly in the hope of some delicious bon mot that could be quoted later, I admit, which I was not the only one collecting, but also because it was always interesting to talk with her and because she was always happy to be interested.4

The Semantic Triangle, as conceptualised by Charles Ogden and Ivor Richards and as used by Susan Reynolds, from Patricia Brenes’s In My Own Terms, linked through, where further explanation is provided

On one occasion, when she had a presentation to give in the near future in Vienna and was reckoning to use Powerpoint for the first time, in her eighties let’s remember, she asked if I could work through the software with her when I was next in London, to prevent her holding everything up and being “foolish”. I think it was me just because I was there while she was worrying about it, but we set a date anyway. By the time it came round, every other reason I’d had for being in town that day had collapsed. I went down anyway though, from Birmingham I think, because I just couldn’t face cancelling on Susan. I went straight to the IHR, found her in the tea-room, corralled an empty seminar room in which to do the computer demo, and spent ten minutes coaching her with the software and fifty fascinating minutes discussing the implications of the single diagram she’d painstakingly got onto the slide for her paper, which I have found again and which you see above. We got chucked out of the seminar room when someone actually needed it for a seminar, parted ways and I went straight back home on the train, and that was basically my day. I look back on it now as a day tremendously well-spent, and kind of an honour. The volume of essays that was dedicated to her clearly professes that it wasn’t just me who felt this way about her, either.5

So as I say, I tried to write this sadly, and obviously I am sad that she’s died, how could I not be? Apart from anything else, lockdown must have been tremendously hard for someone whose life was so arranged around the sociability of London academia and a regular routine of library visits, and I’m glad that at least by the time the time came people could be with her again. But I also don’t suppose she was actually finished, despite being 92; I imagine there were things she was still working on and indeed work of hers that must still be in press and will now follow her intellectual cortège, and we might wonder what else there would have been if she’d been given any more time. But despite all this, I cannot remember Susan Reynolds sadly. Tales of her will continue to delight me, her work will continue to anchor and inspire my own, and I hope I will always smile, even if sadly, to think of her. And I hope this all sort of explains why. I feel very fortunate to have known her.

2. What to select, where to start? Firstly the other two monographs, of course, Reynolds, An Introduction to the History of English Medieval Towns (Oxford 1977) and eadem, Before Eminent Domain: Toward a History of Expropriation of Land for the Common Good (Chapel Hill NC 2014), both prefigured by useful shorter pieces. After that, a top five illustrative shorter pieces might be eadem, “What Do We Mean by ‘Anglo-Saxon’ and ‘Anglo-Saxons’?” in Journal of British Studies Vol. 24 (Chicago IL 1985), pp. 395–414; eadem, “The Historiography of the Medieval State” in Michael Bentley (ed.), A Companion to Historiography (London 1997), pp. 117–138; Susan Reynolds, “Empires: a problem of comparative history” in Historical Research Vol. 79 (Oxford 2006), pp. 151–165; eadem, “Early Medieval Law in India and Europe: A Plea for Comparisons” in The Medieval History Journal Vol. 16 (New York City 2013), pp. 1–20; and eadem, “Society: hierarchy and solidarity” in Benjamin Z. Kedar and Merry E. Wiesner-Hanks (edd.), The Cambridge World History, volume V: Expanding Webs of Exchange and Conflict, 500 CE–1500 CE (Cambridge 2015), pp. 94–115.

3. I can’t remember what John had done to catch Susan’s ire, but I think it must have been at his IHR presentation of the paper which became John Gillingham, “Fontenoy and After: pursuing enemies to the death in France between the ninth and the eleventh centuries” in Paul Fouracre & David Ganz (edd.), Frankland: The Franks and the World of the Early Middle Ages. Essays in Honour of Dame Jinty Nelson (Manchester 2008), pp. 242-265, which was before I began blogging. In Davies’s case the problem was caused by Rees Davies, “The Medieval State: The Tyranny of a Concept?” in Journal of Historical Sociology Vol. 16 (Oxford 2003), pp. 280–300, to which cf. Susan Reynolds, “There were States in Medieval Europe: A Response to Rees Davies”, ibid. pp. 550–555. Davies’s piece was itself a critique of Reynolds, “Historiography of the Medieval State”, so it could be argued that he started it.

4. For which reason, in Jonathan Jarrett, “Settling the Kings’ Lands: aprisio in Catalonia in perspective” in Early Medieval Europe Vol. 18 (Oxford 2010), pp. 320–342, you will find on p. 321 n. 2 a citation of Reynolds, Fiefs and Vassals, pp. 107-111, which until Cullen J. Chandler, “Between Court and Counts: Carolingian Catalonia and the aprisio grant, 778-897″ in Early Medieval Europe Vol. 11 (Oxford 2002), pp. 19–44, to which I was responding in my piece, was the only work in English in what Carolingian or Catalan aprisio might in fact be. The thanks that Susan, among others, got on p. 320 was for exactly those kinds of conversations.

This entry was posted in Uncategorized and tagged IHR seminars, Institute of Historical Research, obituaries, Susan Reynolds, The Academy. Bookmark the permalink.

4 responses to “In celebration of the life of Susan Reynolds”