So, I promised something about the hiatus and what was going on in it and this is that post. I made a serious attempt to get back up to date with the blog from July 2014 to Christmas 2014, but then Christmas happened and in that time someone heard me saying that if I was going to get another job after this one I probably needed to heed one academic’s advice and get myself a second book. That someone pointed out that I had been going on about the one I’d write for ages, and would probably be both happier and more successful if I actually got on with it, and they were right, of course, but really the only time I could free up for that was the time I was using for blogging. So I wrote and wrote, hoping that I would still be able to blog on some days, but as you will have seen, that didn’t really work. In any given day I was trying to write a thousand words or so, put in a day at work or teaching, deal with at least the minimum of housework and e-mail and get through the three most immediate three things on my to-do list and, if there was time, read or blog, and basically I never got beyond the three things before midnight. From January to March I was also teaching the fourteenth century for the first time in my life and trying to keep up with the same basic reading I’d set my students. There wasn’t much time spare.

That said, I did rather enjoy meeting Froissart properly for the first time...He goes on my list of medieval figures I'd like to have a drink with.

Also, I had committed myself to heroic levels of over-achievement rather than fall out of the machine, so that even once there were two sample chapters out for review with a press (about which process I will write separately), I also submitted two articles to journals, went to Catalonia again, then had to consider what I was presenting at Kalamazoo and organise my parts of the travel, and then I was in the USA and then I was giving a paper in Oxford and then it was time to start on the work for Leeds, during which time there was also a big funding bid going in of which I was part. And once I’m done on the Leeds paper, indeed, I’ll be needing to put together one for the week after and then I’m not committed to speaking before an academic audience until September but I do have two chapter-length pieces to write on coins at the Barber… So it’s been pretty busy (and there’s lots to write about). 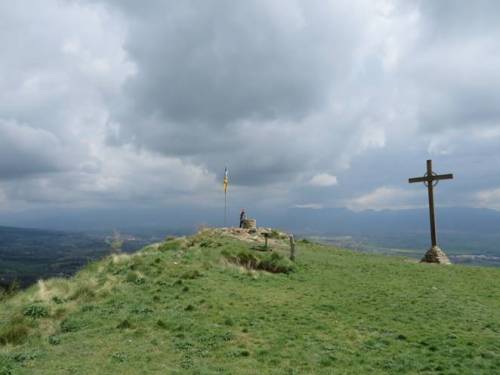 Me standing on the Castell de Gurb, vainly trying to convey a sense of scale, image used by permission

But also in that time, as you may have noticed if you’re inside the Academy on the British side of the pond, in late January the government’s Research Excellence Framework published its initial results, allowing everyone in the top 30 universities in the UK to claim to be in the top 10 but also allowing them all to guess roughly how much money they might have for the next five years, and there was a consequent deluge of academic vacancies the like of which I have never seen before in this country, pretty much all permanent. So I was also applying for more or less a job a week after that started, and that lasted for two months. In total I applied for seven, I think, and had got some of the way with three other applications when, as it turned out, the first one of all offered me first an interview and then, to my surprise and delight, the post. And thus the real news of this post, already known to many it seems but very much worth announcing even so, is that as of September I will be moving to the University of Leeds to become a Lecturer in Early Medieval History, making up in some way for the retirement of Professor Ian Wood, and that will be my base and job for the foreseeable future! 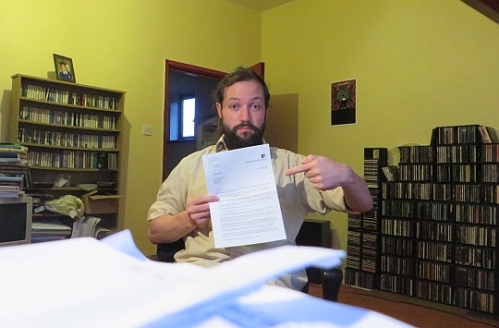 This is obviously really great news. Leeds is a brilliant place to wind up, with many colleagues of like interests and a great deal happening, and I’m really looking forward to it. I now have quite a lot to finish very quickly at the Barber, of course, and I’ve very much enjoyed Birmingham generally in academic terms, it’s been extremely supportive and very good for me as a scholar as well, broadening my comparative range and encouraging me to try for things I wouldn’t have before, as well as much improving certain other crucial details of my life. Still, it’s hard to see what a better outcome could be than this. Neither am I entirely leaving coins behind, not just because of various publication projects ongoing but because of local coin collections whose curators are willing to let me use them for teaching. So it all looks very much like development and success and that all-important security of knowing where one lives for long enough actually to put down roots. Mind you, it also looks like finishing that book, ideally an article or two and starting three new courses all of my own all at the same time; but actually that sounds pretty great too. It has already been suggested to me that I won’t have time to blog any more, of course, by someone who presumably hadn’t checked in in a while and realised I’d stopped already, but I have great hopes of managing it, you know. I may not in fact have blogged last year’s Leeds International Medieval Congress before this one again, I admit. But stay tuned anyway, I’ll be catching up. And now we know what the future holds, who knows what that will cause to happen!

The most obvious face of the University of Leeds, the Parkinson Building. By Tim Green from Bradford [CC BY 2.0], via Wikimedia Commons.

This post was written with the aid of Clandestino by Manu Chao and Maui by Kava Kava.

This entry was posted in Institutions, Next paper is due..., Uncategorized and tagged Birmingham, Blogging, career, Leeds, publicity. Bookmark the permalink.

43 responses to “Big News VI: Leeds for the future”