Stock take, part IV: o but these are just taking up house room and brain space

Right, this has gone on too long, which is more or less the point of the thread indeed but the time has come to wrap it up and make some pledges. Because, you see, I have a bunch of papers kicking around that are finished, ready to submit, in fact in some cases have been submitted and come back unloved, but this doesn’t mean I’m throwing away that research. No: these should be out there working for me and gosh-darnit I intend that they shall go out once more. There is no room in the 2-up, 2-down of my brain for academic output that has now fully grown to be lounging on the mental sofa eating crisps and claiming there’s no journals to apply to for work. Get out! I shall name and shame them. 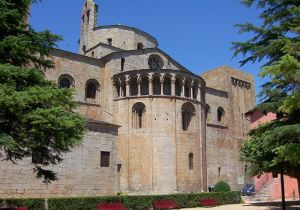 The Romanesque cathedral of Urgell, from Wikimedia Commons

Sant Andreu de Gurb, home in its previous incarnation to the parchments of Adalbert of Taradell and family; photograph by the author 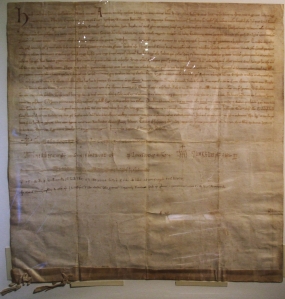 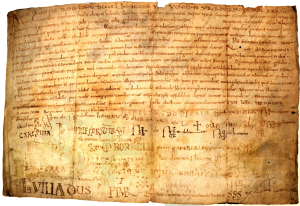 So, er, I make that fourteen papers I have in some sort of form without having done enough to get them published, and that’s ignoring the fact that I was contemplating a second book… This is really not helping me. There is a point of view that says that one can’t actually drop everything one’s working on to concentrate on one at a time and to do so would make me unhappy, it’s true. But this is just stupid.

There is a need for a resolve of sorts. So, here is my pledge. I will revise, format and submit “Archbishop Ató”. I will do all the necessary reading for “Uncertain Origins” and make sure that it isn’t me who is holding up the Leeds volume. I will try and do both of these in the next three months, but I won’t promise the timing because of now being teaching and having other papers in final stages, book about to reach proofs and so on. However, I will do it at the earliest feasible point. Then I will revise and submit “Legends” and then I will concentrate on “Succession to the Fisc” until delivery time and then we’ll see what happens next.

This entry was posted in Catalonia, Next paper is due..., Now working on... and tagged Bernat of Conflent, career, publication, Rosamond McKitterick, Sal·la of Urgell, teaching, Wendy Davies. Bookmark the permalink.

16 responses to “Stock take, part IV: o but these are just taking up house room and brain space”